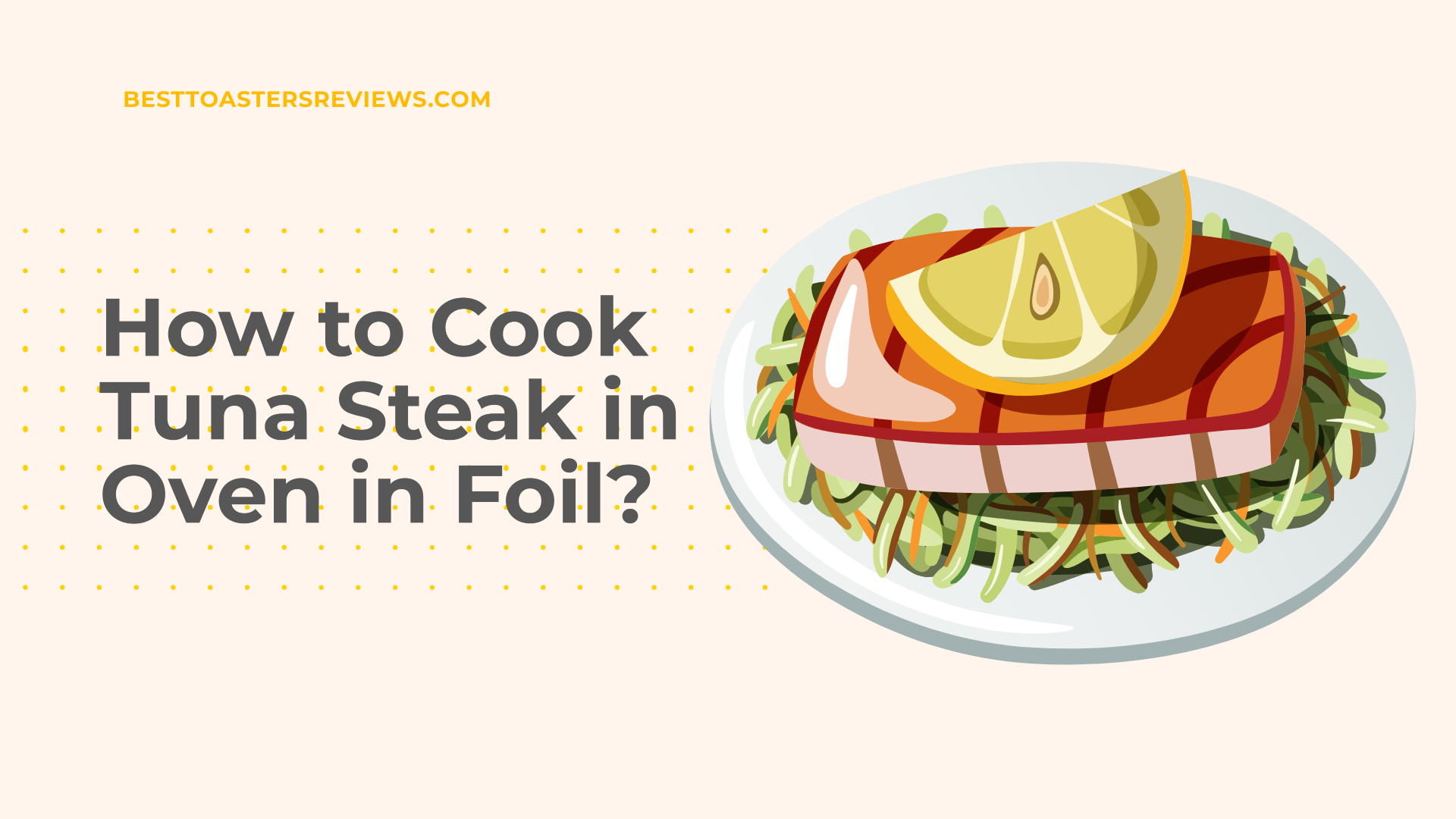 Tuna steak is a good cut which gives you the freedom to be creative in the kitchen. There are a lot of ways how to Cook Tuna Steak in Oven in Foil for you and your family.

Thanks to its nice texture and versatility, you can apply a wide array of seasonings and marinades, and you can’t ever go wrong with it.

How to Cook Tuna Steak in Oven in Foil?

Tuna steaks are usually seared quickly on a hot grill. But you can also cook it in the oven while wrapping it in foil.

If you want less oily food to take for dinner, wrapping your tuna steak in foil with aromatics and spices will be a great idea.

You can cook your tuna steak with most of the ingredients you can easily find in your kitchen.

Chances are you’ve gotten frozen tuna steaks from the market.

If you are using the frozen tuna, you will want to let it sit for a while until it reaches the normal temperature. It will get you ready to cook your tuna.

But, not too quick. Dry the surface of the tuna first using your kitchen towel. Then you are good to go.

The Method in Foil

Wrapping tuna steaks in foil packages will ensure all of the aromatics and seasonings sucked into the tuna’s meat.

You will taste every single spice in each cut you take. It will be succulent, juicy, tender, and marvellous.

The oven-baked tuna steak in foil other name is en papillote.

It is the method which combines the steaming and baking to produce rich, tasty, and tender fish in the end.

Yes, you’ve heard the word “steaming” by then, so it is not surprising that most of the recipes involve the liquid.

Some people use white wine, but I would prefer to choose citrus juice because it can remove the tuna’s odd smell.

But ,if you have attained an odourless tuna steak at home, you don’t have to use citrus juice.

You could replace it with white wine, soy sauce, fish sauce, or any other liquids type, depending on your particular recipe.

Let’s take a look at my recipe below. Keep in mind that I am using citrus juice as the liquid for steaming here.

How to Cook Tuna Steak in Oven in Foil? Ingredients

How to Reheat Pizza in Toaster Oven?

How to Cook King Crab Legs in the Oven? Tutorial

How to Reheat French Bread?